It was the first time that the leaders of South Korea and Japan broke the ice for talks in more than a year to find a solution to a dispute that never seemed to end.

President Moon Jae-in and Prime Minister Shinzo Abe had a quick meeting at the ASEAN summit in Bangkok, Thailand.

A hostile discord because of wartime recompense had intensified lately.

In August, Japan deleted South Korea from its list of reliable trade allies.

South Korea was quick to hit back by terminating its knowledge-exchange contract with Japan.

The dispute hovers around the ‘comfort women’ of Japan. Hundreds of thousands of Korean women – according to a few, around 200,000 - were forced into prostitution for Japanese soldiers at the time of the Second World War.

South Koreans want compensation for it, but according to Japan, the matter is resolved. Japan’s apology or acknowledgment for war sex slaves previously and lately in 2015 came in the form of its commitment to raise 1bn yen ($9.5m, £7.9m) funds for helping the victims.

Nevertheless, it has desisted from increasing the compensation, claiming that the issue was resolved in 1965 when diplomacy between the two countries gained normalcy and $800m plus in the form of loans and financial support was paid to South Korea.

Though critics stand for consultations with victims, something that never happened. A few ‘comfort women’ survivors want a direct apology and remuneration from Japan.

Monday’s statement from the South Korean president’s office said that both countries were for talks to end the discord.

Caesars Entertainment Corp. hopes to open an apparent holistic resort in South Korea in 2021. This will be its entry move into the East Asian gaming market. Nonetheless, the operator is being sensible about the costs linked to the venture.

The Las Vegas-based casino company is engaging with Chinese real estate contractor, Guangzhou R&F Properties Co. Ltd. on the Caesars Korea project with the outlay for the except-for-foreigners gaming spot. To be set up on Yeongjong Island, close to South Korea’s Incheon Airport, the project cost is estimated from $700 million to $735 million. However, this is not a rigid figure and the company is evaluating its financial liability to the Asia deal.

After Eldorado Resorts, Inc. declared its $17.3 billion offer to buy Caesars in late June, experts knowing the latter’s South Korea aspirations have been asking about the fate of the project, considering the purchaser’s obvious disinterest in worldwide growth.

Once the offer came to the fore, the company said that it is undecided on international expansion, but also said that expansion has to be monumental to be pursued.

Besides these, Harrah’s and Horseshoe brands also continue to be interested in developing a gaming facility in Brazil, although the procedure is almost not as advanced as the Caesars Korea push.

Presently, Caesars does not have sufficient presence in East Asia; one of the world’s most profitable gaming territories. When Chinese controllers decided to let foreign competition access the Macau market in 2002, Caesars stayed away and after four years, the company refused to buy a sub-license there from rival Wynn Resorts.

Now, Macau is the nerve center of gambling in the world. The combined gross gaming revenue (GGR) is registered as $30.56 billion, through the first 10 months of 2019. The region caters to Caesars’ rivals like Las Vegas Sands and Wynn.

Caesars Korea anticipates having 720 guestrooms, conference and meeting centers and a supersize casino, only for foreigners. 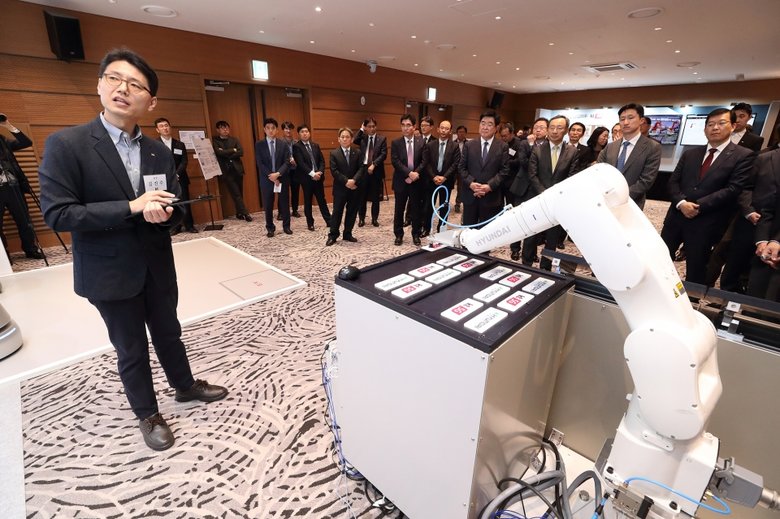 Primary telecom operator, KT Corp. and foremost shipbuilding corporation, Hyundai Heavy Industries Group on Thursday said that they will come together to set up advanced smart factory solutions based on 5G network for better efficiency and security.
In May, the two companies inked a MoU of collaboration for a 5G-based smart factory. They already engaged on projects to blend KT's 5G network, artificial intelligence and big data technologies with Hyundai Heavy Industries' robotics and shipbuilding proficiency.

After a 5G network rollout for enterprises in December, KT has been building B2B services to expand usage scenarios of the ultra-fast network and build new means of income.
In the words of KT Chairman Hwang Chang-Gyu, ‘A smart factory is one of the key B2B models available on the 5G network’. ‘The companies will collaborate to drive innovation in the local manufacturing industry.’