The presidential Blue House said it is trying to set up meetings with foreign leaders along the lines of the nearing ASEAN Summit in Bangkok and the APEC Summit in Santiago, Chile, from Nov 11 to 17. Moon and Abe will participate in the two summits.

The statement comes a year after South Korea's top court supported a lower-court order to Nippon Steel to pay 100 million won ($85,600) as recompense to each of the four petitioners. Japan saw demonstrations against this decision that held that the issue was resolved according to the 1965 treaty between the two nations.

According to the Japanese media, the country does not intend to arrange a summit till Seoul takes deals with the matter.

The 1965 treaty stabilized diplomatic ties between the two nations, with Japan paying $300 million to compensate and an additional $200 million in installments for its 35 years of colonization of the Korean Peninsula from 1910 to 1945.

Since the court decision, Japan clamped on exports to South Korea, upsetting export fireballs like Samsung Electronics and SK Hynix.

In response, Seoul refused renewal of a military intelligence-sharing pact with Japan, an agreement that helps protect both countries from North Korean military threats.

According to Lee Won-deog, a professor of Japanese studies in Kookmin University in Seoul, the best solution to this would be that South Korea abandons the demand for reimbursement and in return, Japan tenders an apology for illegal occupation of the Korean Peninsula. 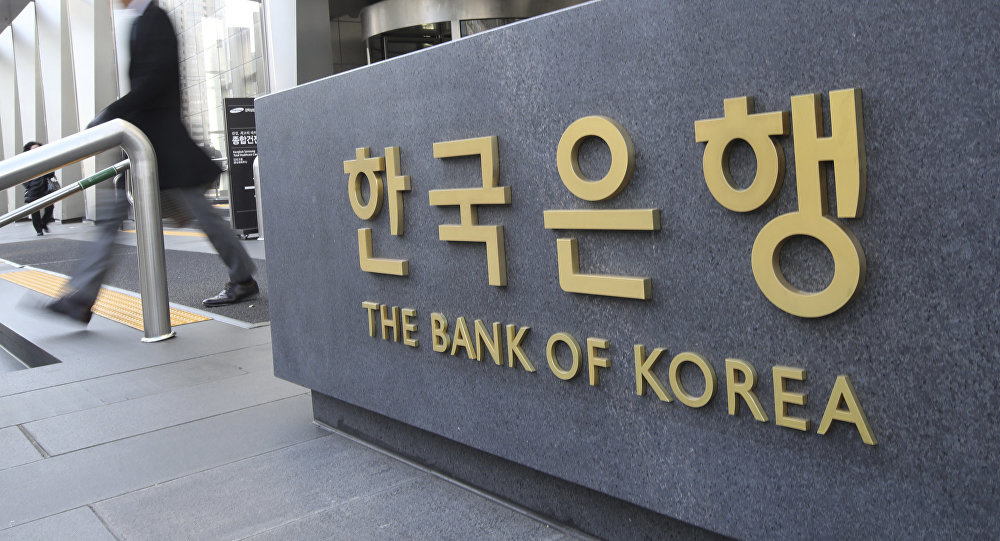 On Monday, the Bank of Korea released its foreign exchange intervention across the first half of 2019, the second such report released to increase openness.

Braving adverse factors both, back home and overseas, BOK sold $3.8 billion, after deductions, through the end of June in favor of the South Korean won; the lowest-scoring Asian currency of the same duration.

This is a sharp rise from the $187 million that the bank sold in the latter half of 2018, though this is not phenomenal as compared to its other sources. However, the BOK has opened to the public, only the amount of its interventions since the last two half-yearly periods.

Despite being far from picturesque, the BOK is powered to continue to defend the South Korean economy. With $400 billion-plus, making approximately 25% of the GDP, the BOK’s worldwide reserves offers plenty of room to uphold the won.

Also, the central bank’s plan towards better openness of its foreign exchange intervention by sharing data on a once a quarter later this year would further discourage doubts against the won. The BOK can reduce its key interest rate towards the close of the year as a thrust to the economy.

Likewise, the South Korean economy would benefit most by raising state expenditure to enhance the economy.

South Korea pushes for improved inter-Korean relations for better denuclearization negotiations between the Democratic People's Republic of Korea (DPRK) and the United States, as stated by a unification ministry official of South Korea on Wednesday.

Under the condition of anonymity, the senior official said that the government endeavors toward the virtuous cycle, promoted by the South Korean President, Moon Jae-in for improved inter-Korean ties to positively impact the DPRK-U.S. denuclearization talks.

The official said that Seoul offered to organize operational-level talks with Pyongyang about problems that led to the suspension of the Mount Kumgang tour project. The following day, the DPRK expressed a preference for exchange of letters and not one-on-one talks.

As per DPRK's official newspaper, Rodong Sinmun, Kim Jong Un welcomed the South Korean countrymen whenever they want to come to Mount Kumgang.

Kim ordered for the elimination of South Korea-constructed cheap buildings in Mount Kumgang in accord with the concerned unit of South Korea.

South Koreans do not travel to Mount Kumgang since a South Korean female tourist was shot dead in 2008 by a DPRK soldier after supposedly entering the no-go zone.

Seoul's unification ministry is looking for innovative resolutions to the Mount Kumgang issues in the backdrop of the global situation, inter-Korean liaisons and public opinion.

In the third summit in Pyongyang last September, the leaders of the two Koreas agreed to resume the Mount Kumgang tour program once conditions were fulfilled.

Top Advantages to Do Business in Korea 2020

Applying for D-8 visa in Korea