Here are three prominent happenings in the Republic of Korea, during the week that was:

Tokyo and Seoul have not been on good terms since South Korea’s top court last October ruled some Japanese firms to reimburse Koreans forced to labor in their wartime mines and factories.

Japan, referring to the1965 treaty called the ruling a breach of international law, causing the conflict to seep into trade and security affairs.

The talks held in Tokyo were of the highest level between the two feuding countries. There were handshakes but no smiles.

Both, Japan and Seoul agreed that even though relations are presently quite backbreaking, they cannot be left that way.

The hostility between Japan and South Korea is associated with the history of Japan’s 1910-45 settlement in the Korean peninsula, the deployment of forced labor at businesses and women in wartime army brothels and controversy on the possession of islands in the sea common to both countries.

In August, South Korea declared plans to end a military intelligence-sharing agreement with Japan after it expired in September, following the mounting tensions over North Korea’s nuclear weapons program and tough competition from China and Russia. 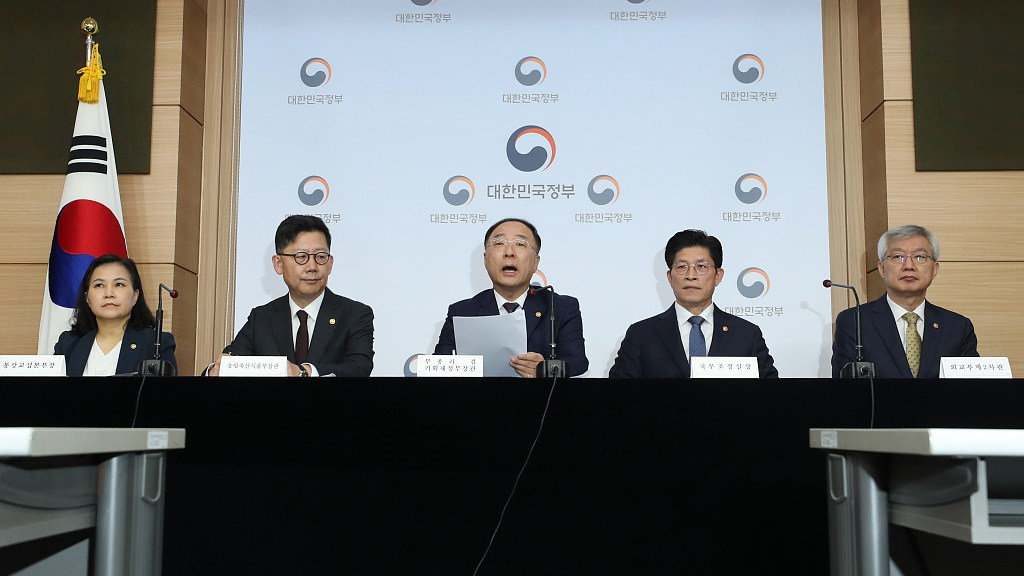 South Korea is aborting its developing-nation privileges at the World Trade Organization after accusations by the Trump administration that a few countries were exploiting the prestige.

President Donald Trump in July bracketed South Korea among countries ask for the status even though they were among the world’s wealthiest nations. According to him, South Korea has primarily used the status for the safety of its farming sector. Korea imposes a tariff of more than 500% on rice imports.

In an independent release, the Finance Ministry said that South Korea is not surrendering the rights it has secured as a developing country and that this ruling will only affect forthcoming WTO discussions. South Korea will also go on honoring WTO-approved treaties signed in the past between developing nations, it said.

South Korea’s declaration will probably exert more pressure on China to abandon its status. Trump has time and again called for the world’s most populous country to let go of the WTO-provided benefits.

The WTO permits countries under the status to get more time to implement business agreements and safety against emergency import restrictions by developed nations.

South Korea is the second Asian country to have a schedule in place to require oceanic vessels to switch to ultra-low sulfur fuel when steering through or close to its key seaports.

January 1, 2020, onwards, ships navigating within South Korea’s Port Air Quality Control Zones (which will be later known as Control Zones) will be allowed sulfur content below or equal to 0.5 per cent (0.5% sulfur fuel).  This is in adherence to the strict global sea fuel sulfur norms framed by the International Maritime Organization (IMO) to be implemented since January 2020.

On September 1, 2020, ships will move over to 0.1% sulfur fuel while docking at harbors in the Control Zones. This covers Korea’s five major seaports: Busan (the world’s 6th busiest container port), Incheon, Yeosu-Gwangyang, Ulsan and Pyeongtaek-Dangjin.

South Korea will be the second country in the Asian subcontinent to enforce a 0.1% fuel sulfur limit on deep-sea vessels.

South Korea and its leadership have done an excellent job through all its efforts in dealing with shipping and port pollution. International maritime transportation is the reason behind 800 untimely deaths caused every year in South Korea and also more than 24,000 premature mortalities in East Asia.

Korea’s ECA rules and other procedures stated in the Special Act are milestones towards the safety of public health in South Korea, as well as the entire region.

With the setting up of an IMO ECA in the region, China and South Korea may stretch the 0.1% sulfur fuel provisions to every ship navigating in the seas between the two countries. This would further improve the atmosphere and usher better health.

NRDC is hopeful of providing all possible support to South Korea, for implementing this critical ruling and also in the way forward to tackling marine and port pollution.