Korea is among the happening places in East Asia. Let us take a look at what has been going on this week in the Republic of Korea.

Korea and Japan - The Trade Tiff

Lately, the bilateral ties between South Korea and Japan have taken a plunge for the worse after Japan decided to remove Korea from its supposed ‘white-list’ of trade restrictions.

According to a judgment issued by South Korea’s Supreme Court at the end of 2018, quite a few Japanese companies must provide compensation to a group of South Koreans (or their future generations) who were pressurized for working for them at the time Japan had occupied Korea from 1910 to 1945.

Boycotts on Japanese beer and cars are already widespread in South Korea, resulting in the sudden dip down of the sale of these products. With the close of summer, almost 7 out of every 10 Japanese supported the tech-trade restrictions against Seoul; on the other hand, more than 50% of South Koreans favored the Moon administration in its handling of Japan.

During August, the trade war also raked up security issues as Seoul declared its refusal to reopen a knowledge exchange agreement with Tokyo. This came as bad news for the US that trade has become admissible ammunition in a nation’s diplomatic armoury.

The chances of either Moon or Shinzo Abe taking an initiative towards settlement are farfetched (as each is more difficult than the other). 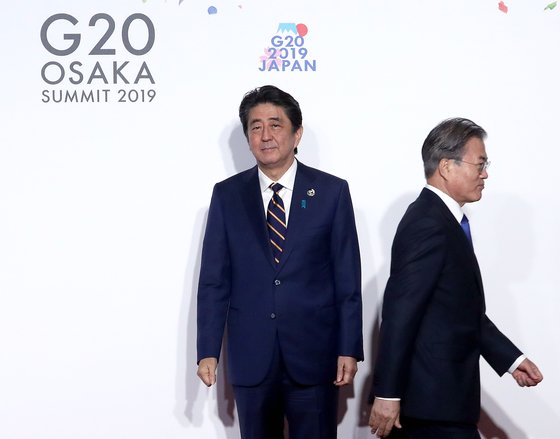 Xoom Customers Can Zoom their Money to South Korean Accounts

PayPal’s global transfer of funds service, Xoom, has made it public that people in the US, Canada and the UK and also 31 other markets in Europe, can transfer funds directly into bank accounts in South Korea.

In a press statement, Xoom announced that money sent from the app to Shinhan Bank, Woori Bank, Kookmin Bank and can be extracted in minutes. The release also added that the global payment market was valued at $689 billion in 2018 and South Koreans living outside the country, contributed to $6.2 billion of this figure.

According to estimates, the US is home to 1.4 million Koreans and the majority of them send money back to their country of origin.

With Xoom, South Korean foreign nationals can get quicker and more convenient service at reasonably competitive rates. Xoom eliminates the long wait in queues to fill out forms or pay higher fees or to send money back home.

Xoom has got into a partnership with PayPal with the intention of providing their modern global payment service to South Koreans residing in Canada, Europe and the U.S.

More than 160 nations all over the world have access to Xoom.

Xoom was rolled out in the UK previously this year and its success was the logical reason to believe that that it was bound to expand globally.

In Korea, PayPal’s Xoom business and PayPal itself has experienced a lasting tendency of digitization and now deployment of the managers and flow of funds.