Know This before You Start your Business in South Korea

For a long time, South Korea has pioneered one of the world’s fastest internet speeds and smartphone perforation capacities. Its flagship companies such as Hyundai and Samsung have been projected as the center of advertising along with its vast market for games, cosmetic and toiletry products and e-commerce, working as benchmarks to make Seoul the tech hub of Northeast Asia.

Braving the impact of the Korean War, South Korea has positioned itself among the world’s best economies – quite the contrary from its underprivileged status once upon a time. This, notwithstanding the critical economic turmoil that loomed over the country in the latter part of the twentieth century, was mended by an IMF agreement and a governmental commitment to reform in tandem with other efforts.

Now is the best time to do great business in South Korea, since the previously mandatory post-registration procedures for setting up a business have been scrapped. According to the Index of Economic Freedom, South Korea as a free economy and the government has minimal intervention in businesses of all ages.

According to the latest Global Entrepreneurship Index release, South Korea, ranked at 54%, is Asia’s best habitat for doing business.

The country has leapt three notches higher since its last year’s score. The tech titan has forged ahead by bringing new technologies and new products to customers, followed closely by Singapore and Japan with a score of 53% and 52% respectively. 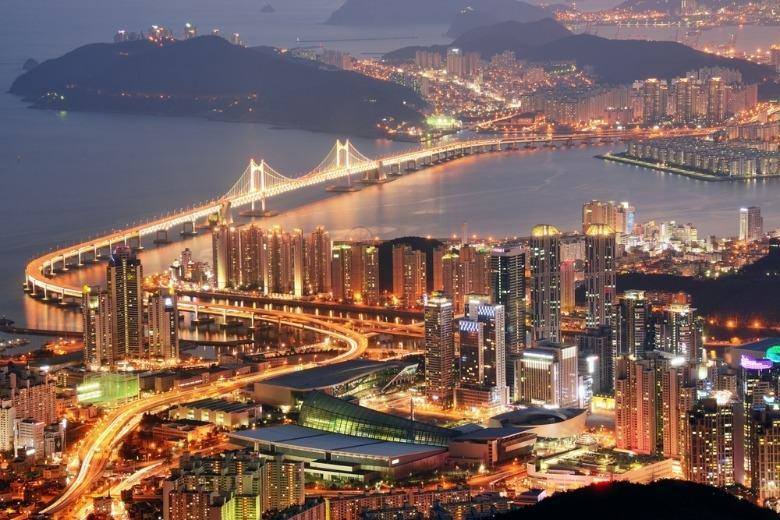 Start a business in South Korea

Geography has placed South Korea strategically between China and Japan (two of the world’s outstanding economies). This makes it a splendid global trading center for investors on the lookout for a unique place for their next business in Asia. (Overview of doing business in Korea)

Points to Keep in Mind for South Korea Business

If you are inclined to set up a company in South Korea, the following points really matter:

Culture matters a lot. Korea is among the most stable nations on the Earth, so setting up a business venture in South Korea can be an entirely different experience for most of the business travelers. Just like Japan, recognizing the corporate culture and decorum carries a lot of weight.

• Kind of industry and business category

• Citizenship of the headquarters/person(s) and

• Existing business contracts or liaisons and their occurrence

The language of the nation is Korean and therefore administrative authorities and official paperwork are in Korean. Although international business is often conducted in English, things move faster depending on how well you are acquainted with the local language.

Make certain that you import your goods into South Korea as per the law of the land; fulfilling all legalities of customs and import; with all the required licenses and permits to import and sell products in place, and importation and exportation paperwork is consistent with Korean law.

South Korea’s Foreign Investment Promotion Act defines a local corporation with foreign ownership as a ‘foreign investment’. In agreement with this, the minimum investment of the company must be 100 million South Korean won. In case an investee enterprise is a private business, the company is not permitted to issue a business investment (D-8) visa. Issuance of a trade (D-9) visa can only happen if it invests a minimum of KRW 300 million. Foreign investors and foreign-invested enterprises are of independent units (separate accounts and settlements).

It is not mandatory for shareholders in Korean companies to be Korean residents.

The Benefits You will Love

The following are a few of the many benefits that are waiting for the investors inclined to incorporate their company in South Korea:

• South Korea has absolutely no hindrances in matters of foreign currency accounts or the coming back of capital income, which can be music to the ears for investors.

• One can set up and incorporate a limited liability company (LLC) in South Korea in just a week, provided that the requisite for at least one shareholder and one director of any citizenship is complied with.

• In terms of technological advancement, South Korea’s air, land and waterway transportation system is ahead of time. This functions like an express delivery service for businesses to move cargo and raw materials, especially within the country.

• South Korea has an excellent Foreign Investment Promotion Act that empowers 99.8% of the country’s businesses to avail the inflow of foreign investment and simultaneously provides considerable security to investors.

• Incheon International Airport (the largest airport in South Korea) is at the frontline, as a logistics and transportation hub in Northeast Asia.

Taxation and Relaxation on Company Incorporation in South Korea

Once you start a business in South Korea, a company is said to be a tax resident of South Korea in case it runs its headquarters or head office in the country. Taxes are applied on the international earnings of tax resident entities.

Dividends received attract corporate income tax at normal rates. Eligible companies with ownership of more than 80% (40% if it is a registered subsidiary) in the paying entity and 80% deduction if they possess 80% or lesser shares, can avail 100% deduction.

Corporate income tax and standard rates apply on interests received. The same stands true in the case of royalties received.

As a generic rule, capital gains are regarded as normal earnings and fall within the scope of the regular rates. An extra capital gains tax of 10% may be levied on capital gains that comes from the disinvestment of non-commercial purpose land or houses.

A tax treaty might cause a slash in rates. Interest paid to entities situated within the judicial limits or tax havens may be affected by local withholding tax rates. Paid services to non-residents attract 22% withholding tax.

The value of inventory may be calculated at a lower cost, market selling price, or replacement price. Last in First Out (LIFO) does not apply in the case of taxation. Losses may be deferred for 10 years. Losses cannot be carried back. Losses might be compensated by 70%, with the exemption of SMEs.

Overseas-source earnings are by and large liable for corporate income tax except if a tax treaty has different provisions attached to it. A foreign tax paid may qualify for a foreign tax credit or deduction. Income from foreign-subsidiaries may be excluded from the taxable income of a Korean holding company as far as the dividends are distributed except if the foreign subsidiary lies within the jurisdiction of a Controlled Foreign Company (CFC).

Transactions between associated entities must be carried out keeping a safe distance and disclosure of select information is mandatory at the time of filing tax returns. Subsidiaries of foreign companies with a yearly sale exceeding KRW 100 billion and more than KRW 50 billion worth transactions with foreign companies must submit additional transfer pricing documentation.

If a company having foreign ownership borrows from the foreign shareholder, the interest amount spent on the debt in excess of 200% of the borrower’s equity gets a waiver.

According to the CFC regulation, earnings of a foreign subsidiary that have not been dispensed and are conditioned with an average tax rate of 15% or lower for the 3 most recent years may fall within the ambit of the Korean tax bracket.

CFC rules may be inapplicable in case the foreign subsidiary is a trading company and has immovable installations and its control and management happen from outside Korea.

Korea has quite a few social security funds and insurances, such as; national pension, national health insurance, and employment insurance. Employers, as well as employees, are required to contribute approximately 8.5% of employees’ salaries. There is also a worker’s accident compensation insurance between 0.85% and 28.25%.

Companies with foreign investments that are into specific eligible high-tech operations are likely to qualify for a 100% corporate income tax rebate for 5 years.

Eligible individual SMEs can apply for special tax deductions between 5% and 30%, to a maximum of KRW 100 million.

South Korea has a real property tax in place, chargeable from 0.07% to 5%. The transfer of securities attracts a tax of 0.5% for unregistered shares or interest and 0.3% for registered shares. An acquisition tax is applicable on the cost of property, vehicles, building material, boats, etc., between 2% and 7%. Additionally, there is a registration tax between 0.02% and 5% in case titles or rights are registered.

South Korea continues to be comparatively unexplored to foreign businesses and what it has in store is probably downplayed. This country gives the impression of having a closed economy, supplemented by the language and hurdles of culture. Yet, the new window of opportunities that this market offers to a bold entrant, keen on exploring new avenues and accessing the bigger Northeast Asian markets, is commendable.

Success is inevitable when decisions are efficient and quality-driven, backed by intelligent hiring, marketing and brand building (usually via unofficial channels). Once you are in, the reward lies in being among one of the most potent economies around the globe, benefiting from a well-qualified, hardworking and aspiring workforce, and joining forces with some of the most prominent and rapidly expanding global enterprises.

This article gives you a general idea of matters to be evaluated at the time of starting a business in South Korea. Professional consultation is inevitable in the case of specific issues.

For anyone inclined to set up a business in South Korea, a professional services company can make it all as easy as it gets, for you. You will be provided with action-oriented guidance on affairs related to business, answers to all your queries resolved by the most experienced business advisers.