5 Reasons Why Entrepreneurs Register a Company in Korea

Korea is considered as one of the world’s most dynamic economies, placed at the 11th position in terms of being the biggest in the world. It is also classified as the 4th biggest economy in the Asian sub-continent.

Korean big star economy can be called as among the most amazing model to be followed by any country up to the present, bearing in mind the fact that even its economy underwent a relapse through the tough times of the world economy.

The nation houses several technological giants such as Samsung, Hyundai, LG and a whole bunch of other vehicle, television and semi-conductor chip fabricating firms.

In view of these factors, it looks as if Korea is in fact, a profitable place to do business and offers a market of high stability and reliability to companies that intend to penetrate the Korean market. This reality has already attracted many businesses who have started their undertaking in the Korean market. This favorable disposition has also improved because of the FTAs (Free Trade Agreements) of Korea with other countries, leading to generous freedom of starting a business in South Korea.

This article takes into consideration five reasons, explaining why entrepreneurs register a company in Korea:

Korea has formulated policies that favor trade and business. As per one policy, the duty charged on the trade of goods is significantly low. This shows the Korean government’s initiatives of laying the ground for other foreign enterprises to relocate and do business in Korea, minus the difficulties caused by heavy-duty on goods that have been imported.

The relevant normal customs duty rates are presented in the Harmonized System of Korea that can be accessed at unipass.customs.go.kr/clip/index.do. The normal customs duty in the case of commercial goods imported into Korea is 8% of the value, whereas the customs duty charged on farm produce is usually considerably more.

A relief for low-value deliveries is applicable to commodities worth US$150 or lower if they are categorized as self-use goods.

Based on the imported goods, Korean importers may require a specific certification, notification or consent essentials prescribed by numerous legislations and regulations regulating the import of such goods (i.e., apart from the Customs Act), including the Pharmaceutical Affairs Act, the Medical Devices Act and the Chemicals Control Act, etc.

Though as a rule, for imports no advance notice is required, Korean importers who want to import specific pharmaceutical and medical gadgets need to submit a pre-importation report to the concerned domain fraternity before acquiring clearance through customs and the affected sector’s receiving of such report is a prerequisite for customs clearance.

Importers inclined on importing any goods that attract extra provisions as per the legislations apart from the Customs Act. They are highly recommended to make sure that there is complete compliance owing to the KCS’s aggressive implementation measures.

Korea is highly focused on the security of intellectual property protection by way of framing enough rules and legislations. This takes away the stress of companies related to matters of their intellectual property and allows them to do business without being worried about breaching copyrights or loss of their professional privacy and approach. 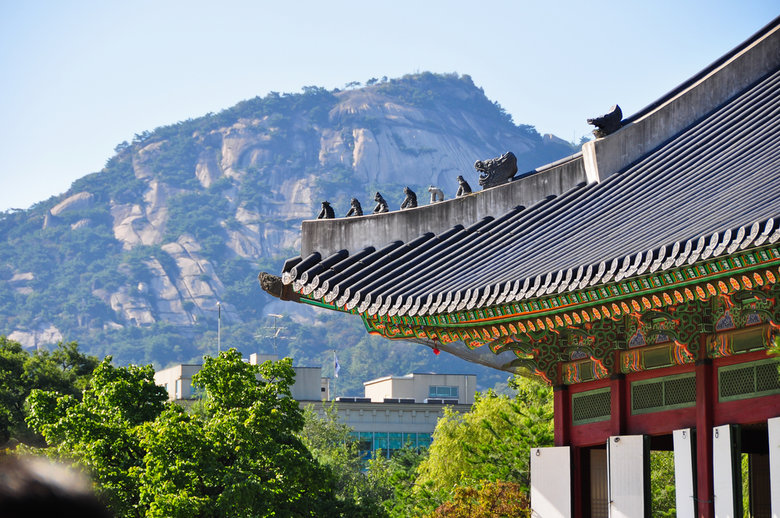 Because of the Government of Korea’s supportive policy framed for SMEs and undertakings, venture investment and resource mobilization were at the top in 2015, at KRW 2,085.8 billion and KRW 2,626.0 billion, correspondingly. This led to the sharp rise in the number of ventures, from the figure of 8,798 in 2000 to reach the figure of 31,260 by the close of 2015.

Startups in Seoul got the support of around 467 accelerators, venture capital funds and government agencies that stand up for startups in Seoul and its neighboring countries in the year 2018, a few supported by larger enterprises like Samsung and Naver.

From 2015, the Government of South Korea has made provisions worth $4bn for the benefit of startups. According to reports from Forbes, this is the largest government support of startups, per capita, in the world. Seoul’s mayor, Park Won-soon, expressed the vision to add Seoul to the world’s top five startup cities by 2022.

Korea holds a special appeal for startups on account of its high-speed broadband connections, the early launch of the 5G network and the high absorption of technology.

The fuel that drives seeking and attracting startups has been driven by the slowdown in growth from the conventional big businesses, as confirmed by Seoul’s Startup Hub co-founder, Matt Kang.

In its yearly report in January 2019, the global agency, We Are Social, quotes South Korea’s total population to be 51.52 million, with 95% internet access rate or around 49 million users of the internet.

Because of the fact that the South Korean government has invested heavily in academics, it has an outstanding literacy rate of 98%. This means that it has highly-qualified manpower resources and a digitally savvy market.

In addition to this, the good deal of dynamic social media users within the country can be anticipated at 43.66 million with a degree of penetration reaching 85%. The figures are similar even in the case of mobile social media users.

South Korean users are on the internet for an average period of 5 hours and 14 minutes each day; nevertheless, out of this time, only 1 hour and 9 minutes are used on social media. The larger part of the time is spent on watching videos at 2 hours and 47 minutes.

Along the lines of its superlative IT infrastructure and high-speed technology, 98% of Korean homes have uninterrupted access to the Internet. This has helped the country to have one of the largest internet penetration rates around the world.

As mobile phones are the most widely used and popular gadgets, South Korea is among the countries with the maximum smartphone rate of utilization in the world.

This caused the e-commerce market to make it big, by way of which the residents express comfort and convenience in online shopping. Many times, Korean online shoppers even get into a comparison mode on the pricing levels between domestic and global brands, exhibiting how in-tune they are with this domain.

Korea has technologically advanced its creative industry to a very extraordinary level, surpassing all the previous benchmarks and setting new benchmarks in the industry by coming up with the concept of design.

In this connection, Korea is doing everything it takes, in terms of endeavors with other international brands that are well-known in the international market of innovations. This greater creativity is bound to turn Korea into a highly proficient and potent market with techniques and strategies; therefore, giving more prospects to the businesses to lure and draw prospective clientele.

What does ‘South Korea’, remind you of? Premium appliances giants such as Samsung, LG, Hyundai. Apart from these, the republic is synonymous with K-POP and Korean drama that has made and is making waves around the world.

However, the fact that surpasses all these goodies is the wonderful and best-for-business environment that Korea presents to all startups.

Contact us to help you set up your startup in Korea right from the base to the best.