Hiring Korean Employees for your Business

Every so often, firms keen on making a mark in the Korean market will wonder how it would be to hire locals for their new company in South Korea.

A few other jurisdictions in Asia do disallow the establishment of a direct employment liaison between a non-resident foreign company and a local employee or succeed at making it too inconvenient for both parties that foreign employers will lay down their arms in disappointment.

Korea is poles apart from China. Speaking, for all the challenges of doing business in South Korea, it can be quite an easy expedition in a lot of ways. This is one among the many. Of course, it is easy to hire a Korean employee directly and pay him or her straightaway, via wire transfer from overseas.

The process is very basic; the employee is just required to register with his or her regional district tax office in the capacity of a self-employed individual, or “Class B” taxpayer. The form can be filled in around 10 minutes.

Apart from this, the tax service provides registered Class B taxpayers with a break that takes care of a large part of the employer-side payroll taxes that are to be borne by the self-employed person.

South Korea’s employment law seems to be complicated as well as baffling from an outsider’s point of view, even though there are ways in which resembles the law of other nations. Other elements that add to the complexity of the situation include the variation in rules, based on the configuration of the business structure and the strength of the workforce.

This and several other factors have led to the creation of the guidelines in a broad sense, and specialist legal advice is suggested while hiring in South Korea. 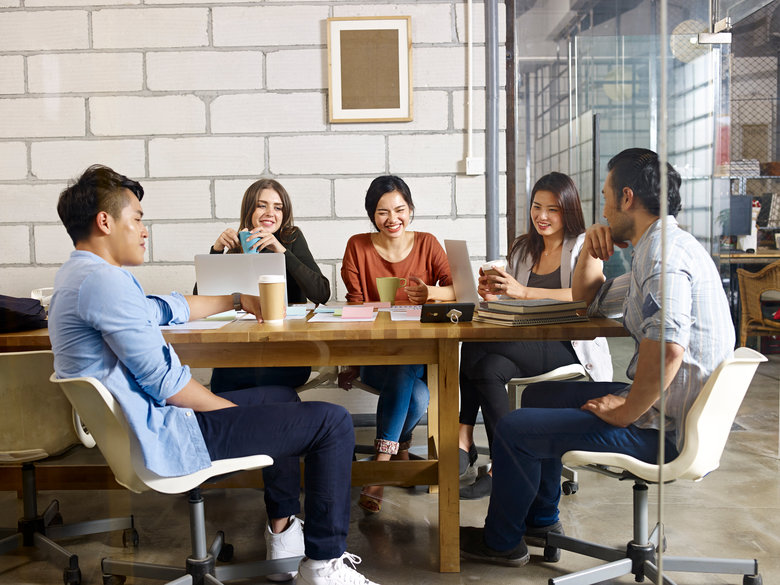 Consider this while you hire in South Korea

One must be cautious of various core areas within South Korea’s employment legislative regime, typically for firms that intend to set up an entire domestic office and people management department. These threats can be eased by way of using a regionally-seeded payroll provider who knows all the laws and rules of the land concerning both, local employees and also foreign citizens.

For employees in South Korea, it is mandatory to have employment contracts that fulfil all the criteria of the Fair Labor Standards Act.

Based on legal resource site, Korean Labor Law, the Labor Standards Act of Korea has no clear regulations on the duration of probation. Nevertheless, the law has a statement that mentions that there is no requirement for a notice of termination in the case of employees that are within a probation period (of 3 months or lower).

This leads to a deduction that even though a probation period may exceed 3 months, in normal circumstances, the employee will be entitled to the rights of a regular employee, once he or she has crossed a tenure of 3 months.

Every employee needs to mandatorily pay employment insurance, leaving out the director of a company, employees who have crossed the age of 65 years and casual workers.

Companies and offices having one or multiple permanent employees are required to subscribe to employment insurance. Both, the employee, as well as the employer, equally add 0.65% of the entire wage.

From time to time there is the employer adds an extra contribution, which is known as ‘occupational ability development’. This is between 0.25 – 0.85%, in terms of the size of the company.

The law makes it mandatory for businesses to have a kind of accident reimbursement insurance for all employees. Average monthly wages decide the appropriate insurance premiums. Companies and offices having one or multiple regular workers are required to subscribe to occupational injury compensation insurance.

The employer contribution needs to range between 0.6 – 0.34% of the entire salary, according to the category of business.

A company only needs to start contributing when it has 5 or more employees (else, employees need to separately take care of their contributions).

Employer to contribute 2.995% of the regular monthly wage

Employee to contribute 2.995% of the regular monthly wage

The maximum amounts of the national medical insurance premium and national pension premium are KRW 4,901,380 and KRW 350,100, correspondingly, combining both, the employee and the employer’s share.

In 2019, the lease legal hourly wage in South Korea was calculated to be 8,350 South Korean won. This is approximately 10.9 percent higher than the previous year. This was the second-largest yearly hike after 2001. A permissible minimum wage was fixed by the South Korean government in 1988, pushed by the flourishing economy during those days.

President Moon Jae-in has committed to increasing the minimum wage up to 10,000 won by 2020; a debatable step that has been supported by intellectuals but caught the disapproval of both, traditional and liberal political analysts throughout the country. According to the latest opinion survey, just 50% of the population is positively inclined in support of the course their country is following.

Small and mid-sized enterprises (SMEs) have also not been in favor of increasing the minimum wage. Majority of the entrepreneurs of this magnitude said that hiking the revenue and preserving cost-effectiveness were the main barriers and these were in essence, connected with the minimum wage that is being paid to their employees.

On the same lines, a large percentage of entrepreneurs were not sure about starting a new enterprise in South Korea. On the other hand, the economic perspective for South Korea is favorable, with the gross domestic product per capita expected to rise consistently.

Irrespective of how you run a company, branch office, it is important to know the intricacies of hiring local inhabitants of Korea in your company as against hiring foreigners.

Contact us to help you hire the best talent in South Korea for the smooth running of your business.