The Republic of Korea has signed tax treaties (also known as double tax agreements or DTAs) with a large number of nations across the world, to sidestep double taxation, avoid tax fraud and boost international trade. After signing of the first tax treaty in 1970, Korea went on to ink tax treaties with 93 countries till present.

Furthermore, the content and format of the tax treaty have undergone numerous changes comprising the latest signing of the multilateral convention for implementation of tax treaty-related steps for the avoidance of BEPS.

New rules have been framed, that do not permit a tax treaty to be applicable, in case of a doubt of treaty shopping. The Korean government is into treaties with other nations for information exchange, which includes tax and finance information.

For residing businesses, capital gains are seen as ordinary business income and they have to pay corporate tax at normal rates. In the case of non-resident companies, taxes levied on Korean-derived capital gains are 11% of sales or 22% of gains (the lower of the two). Usually, there are no special taxes on profits from mergers.

Capital gains tax on the transfer of stocks is 22%. If shares are transferred by most shareholders, capital gain of KRW 300 million or less is taxed at 22% and capital gain more than KRW 300 million has 27.5% attached to it (for SMEs, the 27.5% marginal tax rate takes effect from transfers actioned on or after January 1, 2019).

In case of transfer or disposal in less than a year after purchase by important shareholders (leaving aside small and mid-sized company stock), 33% capital gains tax is applicable. For small and mid-size company stock (except holdings of major shareholders), the capital gains tax is 11%. These rates comprise a local income tax as against 10% of the personal income tax unpaid.

The Korean government is also reviewing the enforcement of tax on capital gains from cryptocurrency dealings.

A Dividends-Received Deduction (DRD) applies to dividends moved between resident firms. Eligible transactions that fulfil the Tax Incentive Limitation Law can avail a variety of tax incentives, including investment in high-tech firms or those situated in free trade zones.

The investing company gets a 3-year or a 5-year tax waiver a year after its taxable income’s generation. The business is then eligible for a 50% tax exemption for two years after the beginning duration of tax relief.

Exceptions apart, interest paid in the usual business activities can be deducted provided that the associated loan is used in commercial activities. A doubtful accounts reserve is permitted in the form of a tax deduction at the greater of 1% on the tax book value of the receivables at end-of-the-year, or the effective bad debt ratio (not applicable to financial institutions).

Specific charities are deductible (as far as under 50% of the entire taxable income). Entertainment costs exceeding KRW 10,000 on an event basis via corporate credit card vouchers, cash receipts, or tax invoices can be taxed.

Launch outlay, like incorporation expenditure, founders’ salary and registration charges and taxes, are payable if the expenditures registered for each article of incorporation and are actually paid.

Net operating losses can be deferred for 10 years till 60% of a financial year’s taxable income (applicable to all businesses except SMEs). Big companies are not permitted to carry back losses; Nevertheless, SMEs can carry back their losses to the prior fiscal year.

A capital registration tax of 0.48% (or 1.44% for the Seoul Metropolitan Area) is to be paid. A property tax of 0.15% to 0.5% (0.24% to 0.6% with the education surcharge) is imposed on property and buildings for housing and commercial use. A company having ownership of land worth more than KRW 600 million, is liable to pay a real estate tax, besides property tax.

All agreements regarding establishing, transfer and modification of rights attract a stamp duty par value. An acquisition tax of 4.6% (including surcharge) usually adds to the purchase of property, automobile and heavy machinery (buying a house may enjoy a lower tax rate from 1.1% to 3.5%).

A registration fee between 0.02% and 5% applies on registration of establishing, modification, or lapse of property rights or other appellations and incorporation with the relevant agencies. 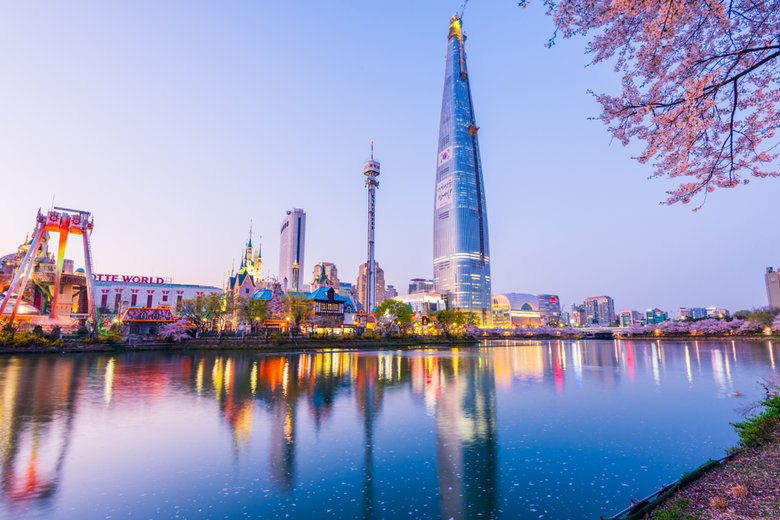 Tax treaties are global commitments controlled by international law; like treaties, conferences, contracts and memoranda signed with other nations in terms of taxes on incomes, capital gains and real estate.

Also, since tax treaties signify that the country’s taxation authority accepts international transactions under a bilateral agreement, the Korean government will not levy taxes only based on a tax treaty without the requirements of the Korean tax law.

Tax Treaties with Other Countries

On and since April 2019, Korea has treaties with the countries listed in the following table: 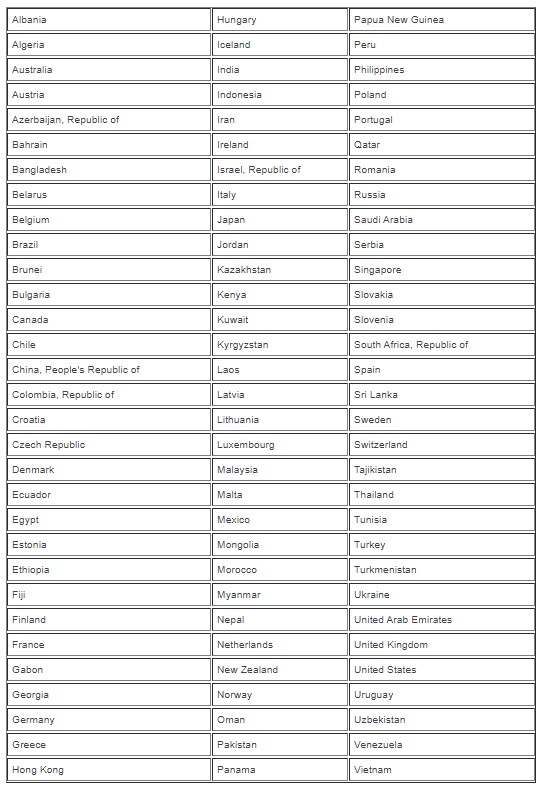 Apart from income tax treaties, for staying clear of double taxation, Korea has finalized TIEAs with a lot of countries, inclusive of select tax shelters and those with whom it has temporary agreements.

Further, Korea is among the 128 countries to participate in the Multilateral Convention on Mutual Administrative Assistance in Tax Matters as of April 2019.

Social security agreements are aimed at helping those who have contributed premiums to the national pension plans of two separate jurisdictions. Through them, the countries can avail the combined total periods of coverage in both countries (i.e., totalisation). However, the agreement has to be evaluated for elaborate regulations that might differ depending on the corresponding contract.

As the article says, it is possible for non-residents to apply for a lower tax rate or a tax rebate, based on the tax treaties.

We can help you through all the steps of understanding the tax treaty that works for you, depending on your country and its tax equation with Korea. Contact us to help you open a company in Korea.